DOMINOES : Design of new enzymes for the biosynthesis of innovative amino acids and peptides

It has been over 50 years since a marketing authorization (MA) was filed for a treatment targeting Gram-negative pathogens.

Used to develop commercial antibiotic treatments (Colimycin), they have known advantages in terms of production quantity/cost and deadlines. However, antibiotic resistances are developing, making these treatments ineffective.

Antibiotic potentiators are emerging, but their complex chemical synthesis remains difficult to adapt on an industrial scale. In addition, some of these molecules require the synthesis of rare amino acids which are not currently available on the market.

As a result, current antibiotics are becoming less and less effective and there is no accessible and industrial alternative for resistant patients.

It is a bacterial bioproduction solution of polymyxin-like peptide molecules. Their improved pharmacological properties make it possible to produce antibiotics that develop less resistance for patients.

Based on the control of the biosynthesis pathway of a given polymyxin, our solution uses peptide chemical derivatives as a model to redirect the production of the polymyxin. In order to provide:

By using directly compatible microorganisms, its implementation can be adapted to existing industrial processes without impacting costs and production. 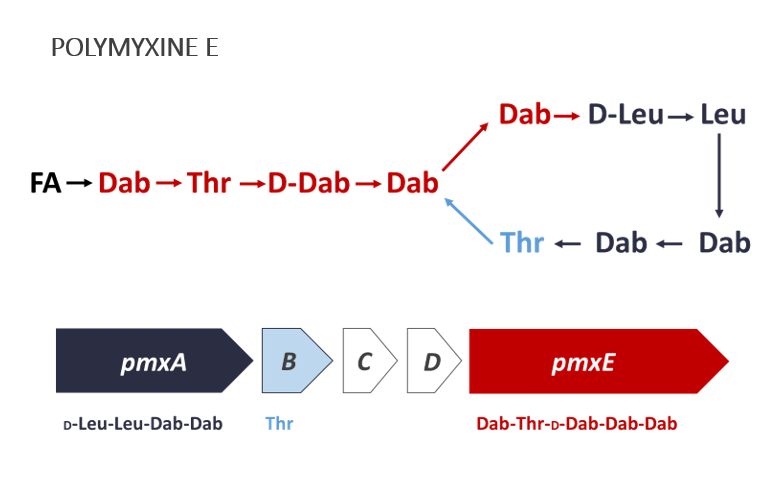 This project will take place at LIENSs laboratory of La Rochelle University within the CNRS 7266 Environment and Societies UMR and more specifically in the BCBS team: Biotechnologies and Chemistry of Bio-resources for Health.