There is no effective treatment for Diffuse Midline Glioma.

In hepatoblastoma some patients relapse or present a resistance to cisplatin.

Transcripts of EZH2 are significantly over expressed in DMG samples compared to normal brain (Figure 1A; 13). Mean EZH2 over expression was not very elevated compared to controls due to high expression variability between the two groups, but a core set of samples regrouped around the median EZH2 expression and differences are still significant (Figure 1A, left plot, boxed frame). Cell lines used in this study show all expression of EZH2 protein as revealed by Western Blot (Figure 1B). 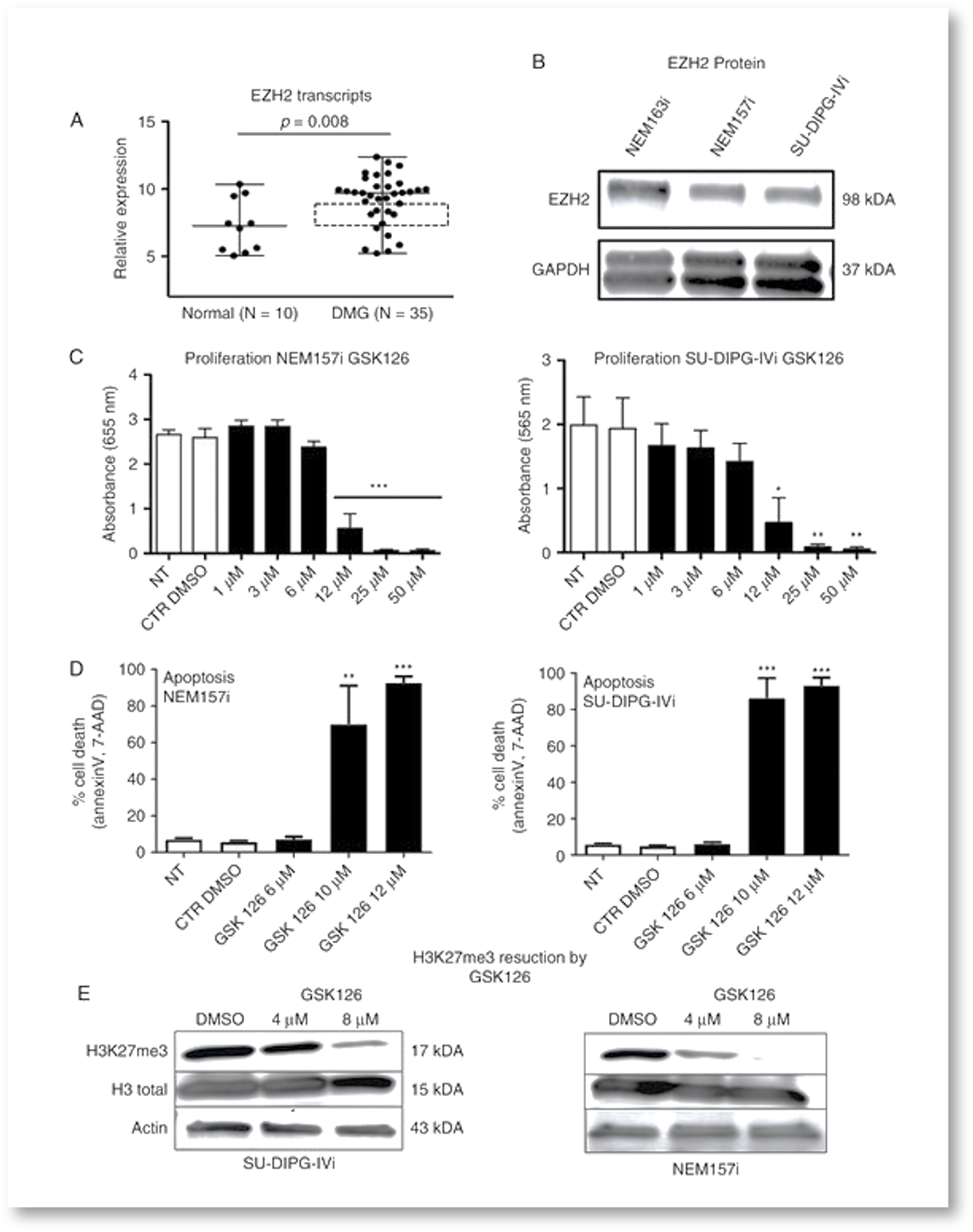 Significant growth inhibition of GSK126 was observed at doses above 6 μM and was total at higher doses above 25 μM (Figure 1C). Growth inhibition was accompanied by an increase in tumor cell apoptosis, at similar doses when cell proliferation was strongly reduced (Figure 1D). Typical H3K27me3 reduction after GSK126 treatment is revealed by Western Blot in two DMG cell lines (Figure 1E).

Synergistic effects of the combinatorial therapy of GSK126 and inhibitors of cholesterol biosynthesis pathway enzymes on DMG cells. 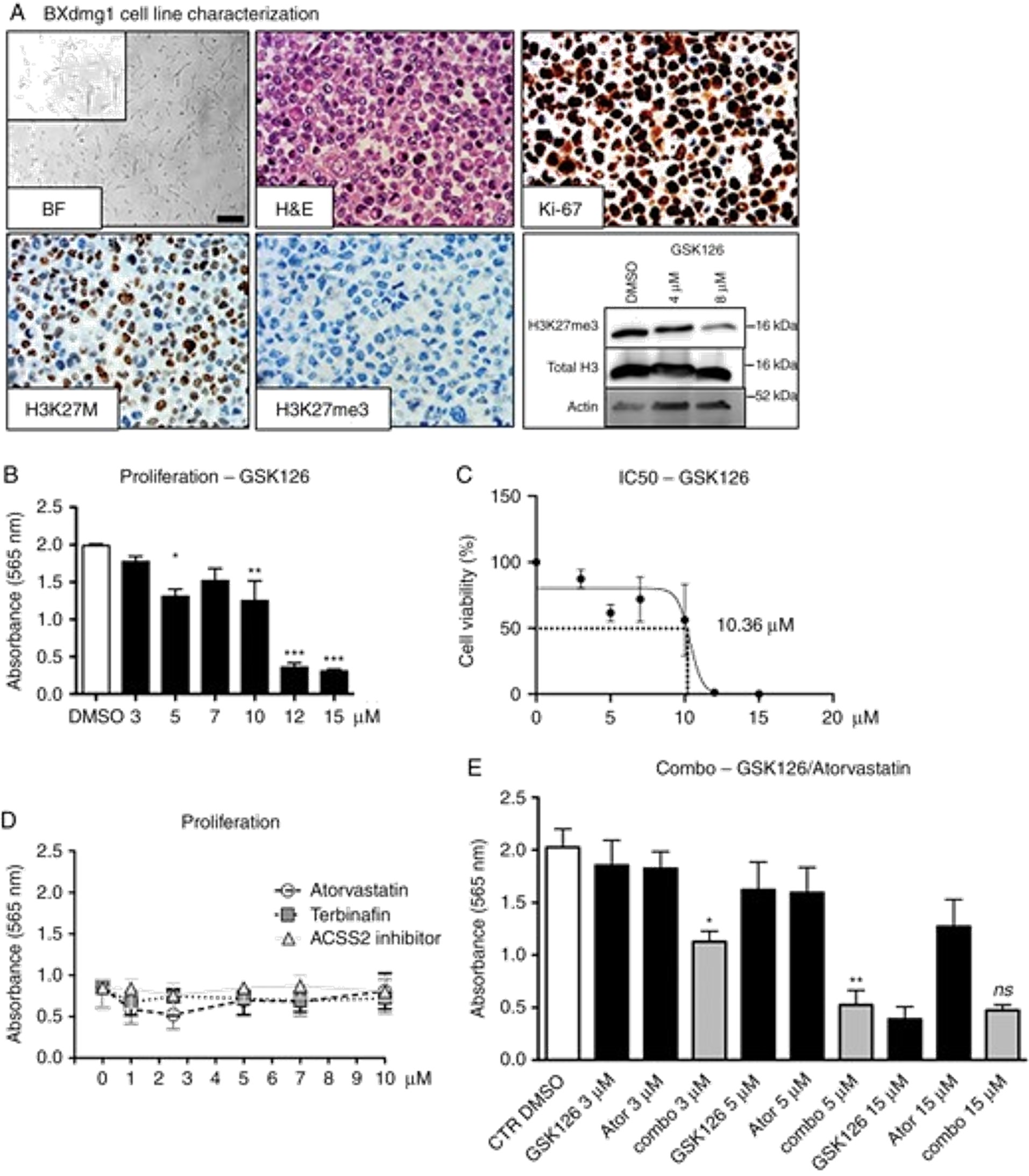 GSK126 treatment reduced H3K27me3 trimethylation in a dose-dependent manner as revealed by Western blots of histone-purified protein extracts (Figure 3A, lower right panel). BXdmg1 cells are sensible to growth inhibition by GSK126 (Figure 3B) with an IC50 around 10 μM (Figure 3C), comparable to the other DMG lines. BXdmg1 cell growth is not affected by three cholesterol biosynthesis inhibitors, up to 10 μM (Figure 3D). Combining GSK126 and Atorvastatin showed significant growth inhibition at low doses of 3 and 5 μM for each inhibitor, this effect was masked, as expected, at higher doses because of already established cytotoxicity of GSK126 alone (Figure 3E). u